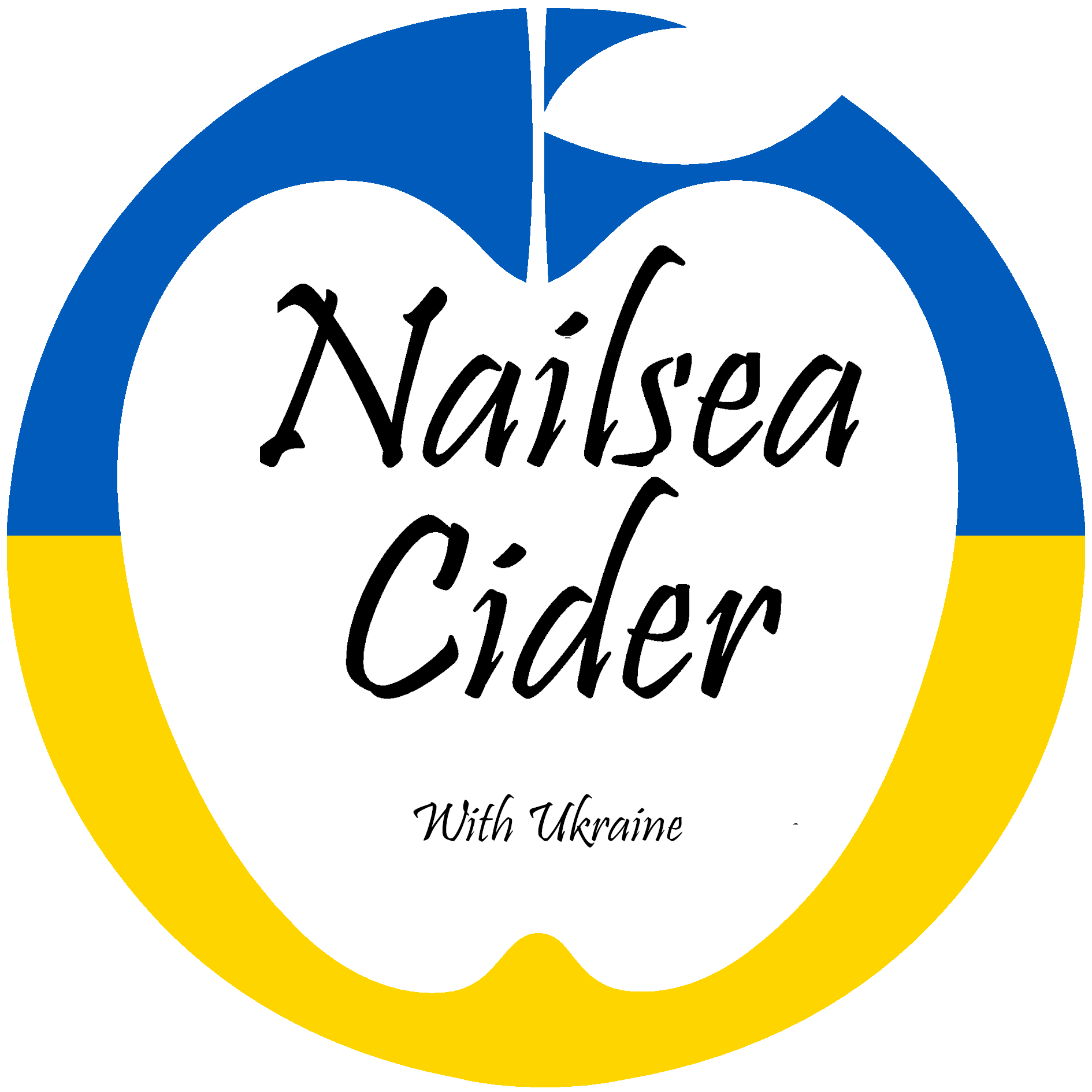 This is where we take all the different barrels that we’ve pressed from all the different gardens and orchards, and blend them into a product that matches what we’ve made in previous years. In this case, we need to replicate Craft, Golden Valley and Ethical Director. For those who don’t how we do this, it’s basically to blend a good quality full juice traditional cider – about 800 litres, and to take half of that, and that is Craft. There is nothing added to this. It’s cider that was created by fermenting apples and nothing else.  It’s quite strong, at almost 6% ABV.  We then add to the remaining 400 litres of this using other barrels until we have a total of 1000 litres. That is then split in half. The first half is let back slightly to reduce the alcohol from about 6% to 4.5% ABV. That makes Golden Valley. The second half is sweetened with fresh apple juice and that makes Ethical Director, also about 4.5% ABV.

What makes this complicated, in this context, is because our Apple – 5135-286 – went into the first 800 litres. This means he was moved a 10th time to get him into the IBC for blending purposes. 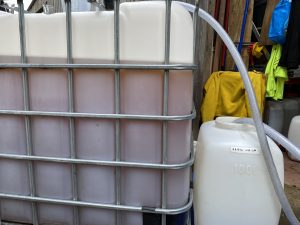 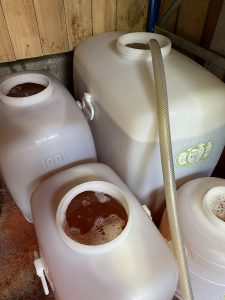 But here’s the complication.  A part of him stayed in the IBC and was included in the blend for Golden Valley and Ethical Director.  So a part of him has also been moved to the GV IBC and to the ED IBC.  So is that move 12 and 13?  Or is that all part of move 11?

The Craft barrels and the Golden Valley and Ethical Director IBCs will sit and marry for a week before the IBCs go to Miles to be bottled.  That will be move 12 (or 14).

Today we racked all the cider. This is the next part of the process after fermentation, where all the cloudiness has dropped out of the fermented apple juice. The ‘lees’ all falls to the bottom of the barrel, and we take the clear cider from over the lees, and pump it into a new clean barrel. In fact, we do take a small amount of the cloud too, as we like our ciders to be slightly cloudy, if that’s what you want. It’s why there’s always a small sediment in the bottle. If you want cloudy cider, shake it first. The cloudiness is apple and yeast, and perfectly good to drink.

Every barrel we had was racked today. This process is, clean a new barrel. Move the cider from the old barrel to the new one. Clean the old barrel. Repeat.

Apple 5135-286 is currently embraced in an epic battle between Yeast and Apple.  Although he doesn’t realise it yet, Apple 5135-286 will win this battle, but he won’t come out of it unchanged.  You see, the yeast will convert every molecule of sugar that he has, into alcohol and carbon dioxide.  The alcohol will stay in the apple juice, gradually turning it from plain old fruit juice to the glorious Cider.  The carbon dioxide will come out as a bubble.  So for every bubble you see passing through the airlock above, a similar quantity of alcohol is being produced.

This campaign started last week when we added the yeast, and will continue for the next couple of weeks as a major battle.  After this it will reduce to a war of attrition that the sugar simply can’t win.  The yeast can keep going turning sugar to alcohol until there is no sugar, or there is about 12% ABV.   There’s about enough sugar to get to 6% – so the yeast will think it’s won the battle, but we all know that in reality Apple 5135-286 will have won the war as it will have made Cider – which is what we all wanted.

This year we’re following one apple’s journey from tree to bottle. He is called Apple 5135-286. He was picked on Sunday 19th September 2021 and was pressed on Monday 20th. What was left of him was fed to a pig that evening.

Whilst following his progress, we’ll also be counting how many times we had to lift him up. This will give us a good indication of exactly how many times each and every apple is moved, manually, in the process of making cider.

Apple 5135-286 is now safely in his barrel. It’s a 100 litre barrel and so he won’t be lifted again for some time. But from removing from the tree to going into a barrel, he’s been moved 8 times.