All our ciders are available at Simply Green Zero Waste in Nailsea, at Brockley Stores on the A370, At Brambles in Clevedon and Tout’s in both Nailsea and Langford.

In 2021 we again have three expressions.  Our Still Full Juice cider is still “Craft” to highlight the ethos behind its production.  We don’t believe in adding anything un-necessary and so it’s basically Apples and Yeast.  This is a traditional Somerset Farmhouse type cider. 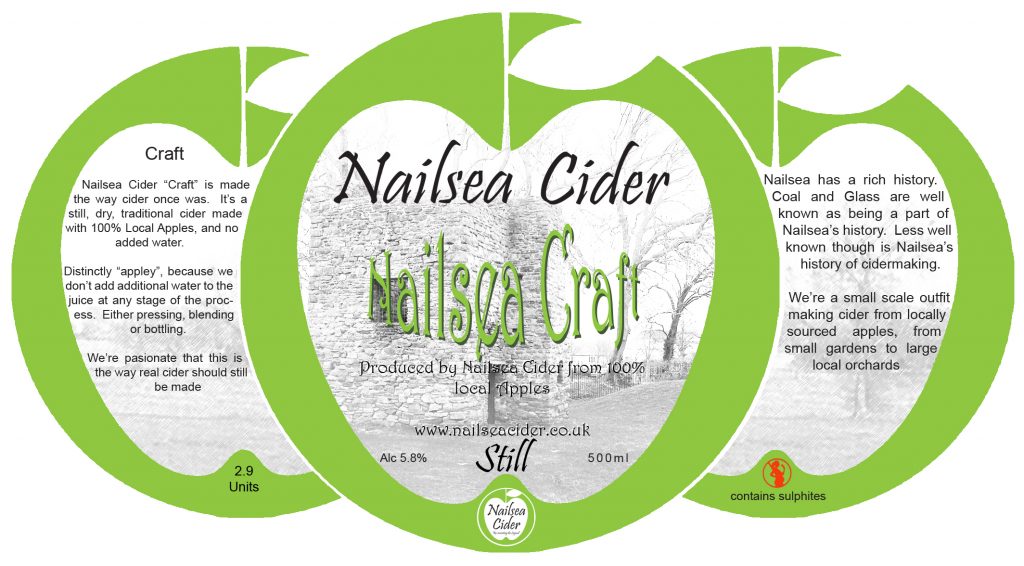 We also have “Golden Valley”.  It’s a bright and sparkling cider available in bottles.  The name comes from the two Nailsea coal pits that were in the North East of Nailsea.  You can still see the remains of one of them on the grass next to Nailsea Park and Blackthorn Way – it’s the lump with the bushes growing on it. This is made by taking Craft as a base, and adding cider made with more dessert apples.  It’s the least dry of our ciders, and our most popular.  This is a Somerset Session Cider.  A Somersession Cider. 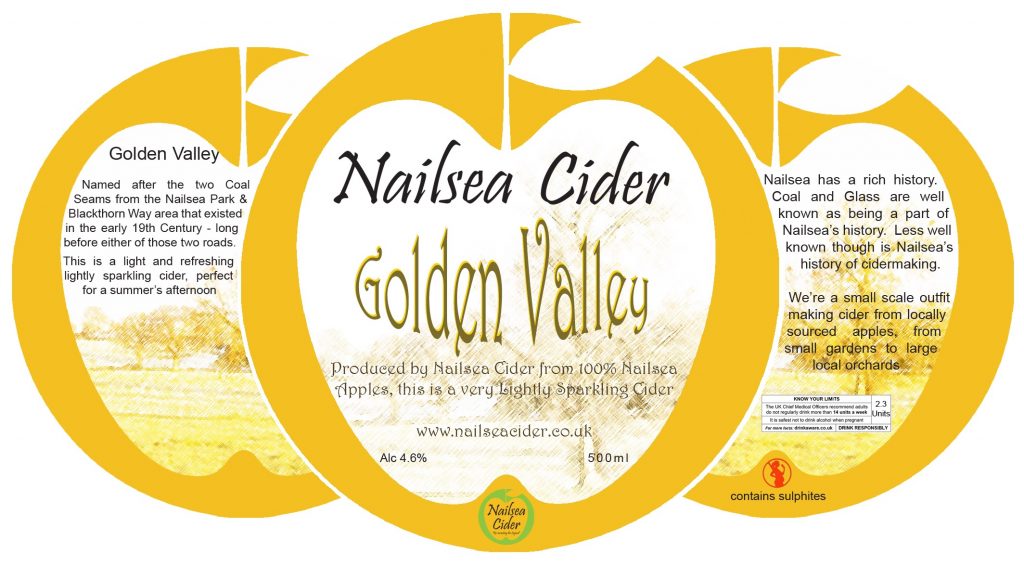 Now a firm fixture in our line up we have “Trendle Wood”.  Launched at the Trendlewood Festival in Nailsea, on August Bank Holiday 2017.  This one is has Golden Valley as a base, and then has cider made with more Cider apples added which gives it a more complex finish that Golden Valley. 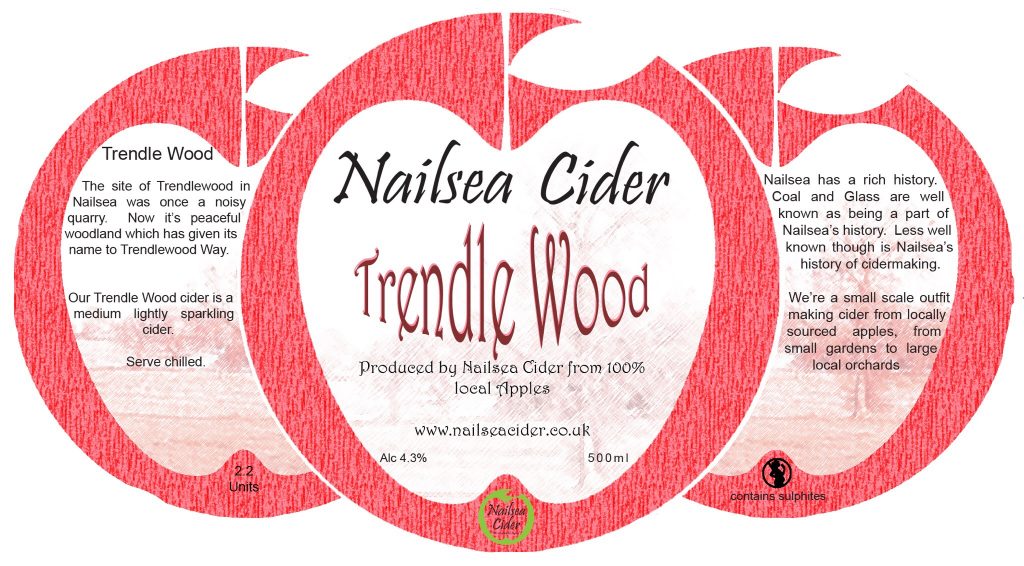 In the Autumn we’ll be releasing a special edition in memory of Phil – he was a founder of Nailsea Cider.  Phil kept us on the straight and narrow when it came to adding anything that didn’t need adding, but he was also partial to a sweet cider, which we don’t make.  This then will be a sweeter cider that’s sweetened with this years apple juice. 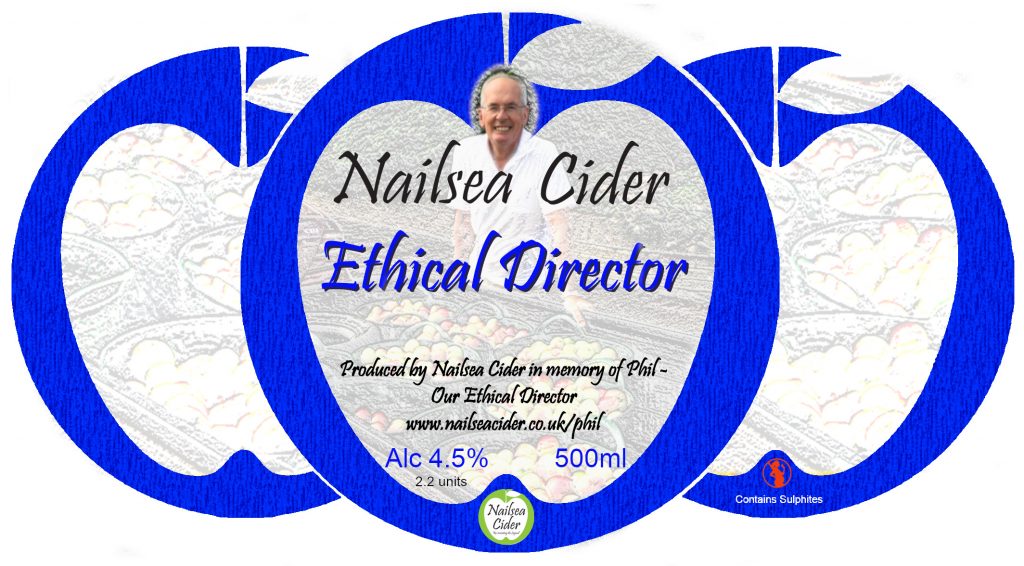